Grimes Municipal Airport is the legacy of Warren Grimes, Urbana’s premier entrepreneur and "Father of the Aircraft Lighting Industry."

At the age of 15, Grimes ran away from his orphanage home in Tiffin, Ohio, to live with his brother Frank in Detroit to work for Ford. Eventually he left Ford to become a partner in an electrical business, designing lighting fixtures. Impressed with Grimes’ work Henry Ford approached him in the mid-1920s to design new lights for Ford Tri-Motors. Forty-eight hours after the request, Grimes produced the light Ford wanted and "the rest is history."

In 1930, Grimes returned to Urbana with a plan to market his design to Waco Aircraft in Troy, Ohio. Waco found his lights to be superior, as did many other companies, and from 1932 to 1942 Grimes’ company grew from 20 employees to 1,300.

In the 1930s, Mr. Grimes purchased the Johnson Farm just north of Urbana. On August 8, 1943, opening ceremonies were held in front of a large crowd and Mr. Grimes presented Grimes Field to the City of Urbana.

Grimes’ company leased the airport from the city and continued to operate it until 1987. Operations were assumed by the city at that time. Since then the airport has evolved from tax-supported to a self-supporting operation, offering services ranging from fuel sales, corporate hangars, private hangars, a Care Flight hangar, and a full-service restaurant. 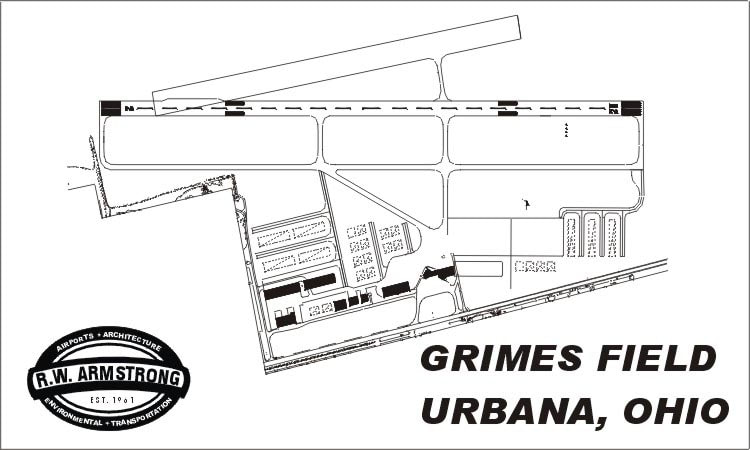